But the speed humps pose an unacceptable hazard for cyclists who use the road for recreation and exercise.

Cyclists are forced to either negotiate the speed humps directly - at risk of personal injury and bicycle damage - or go around them. But the edges of the speed humps are very narrow and poorly maintained (see pictures). This can force cyclists dangerously onto the wrong side of the road in a further effort to avoid them.

The speed humps at North Head are unsatisfactory for cycling. According to Austroads:

the gradient of the road are generally regarded as ‘bicycle

friendly’. Side slopes across the line of travel should not be

But the North Head speed humps pictured above are less than 1:6 (8cm:45cm). They are short, sharp, steep hazards for cyclists. And the gaps each side are woefully inadequate - the example above being only 15cm from hump to dangerous edge.

They should therefore be removed in favour of a cycle-safe alternative.

2. Manly Council liaise with NPWS until the problem is

and send these Strategic Recommendations 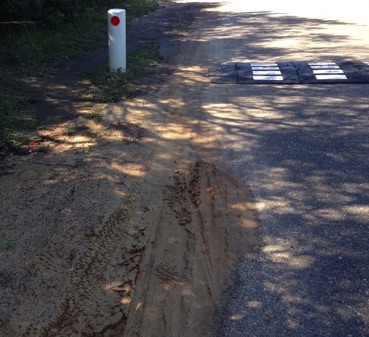 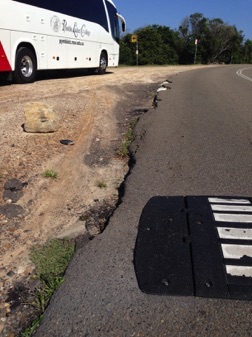 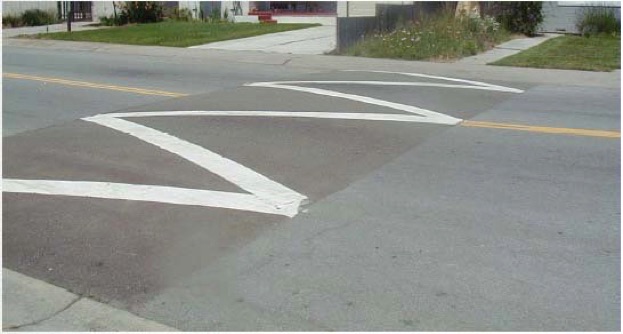 A better speed hump for cyclists